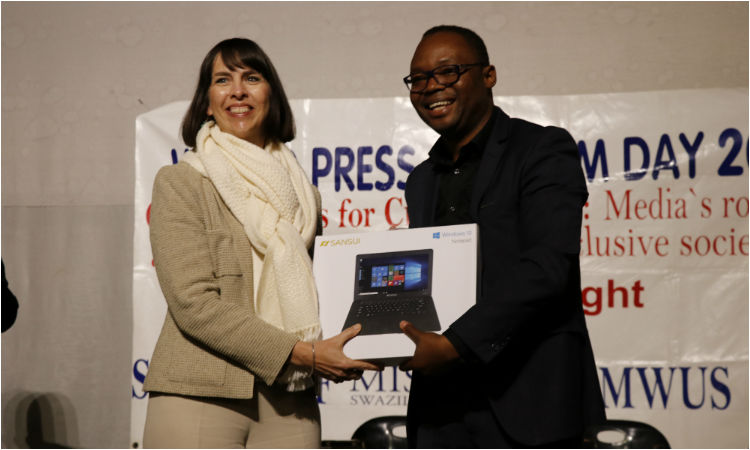 On May 3, Ambassador Peterson joined journalists and the Media Institute of Southern Africa (MISA) Swaziland to commemorate World Press Freedom Day on Wednesday. This year’s theme, Critical Minds For Critical Times, encouraged journalists to think about their role in advancing critical thought in societies. They also looked at tools that can make their work better, such as stronger media laws that MISA Swaziland Director Vuyisile Hlatshwayo said would be an answer to most problems faced by journalists. Ambassador Lisa Peterson presented awards to the Swaziland Editors Forum chairperson Mbongeni Mbingo, and Nation Magazine editor Bheki Makhubu, who accepted on behalf of his colleague and Assistant Editor, Nimrod Mabuza.