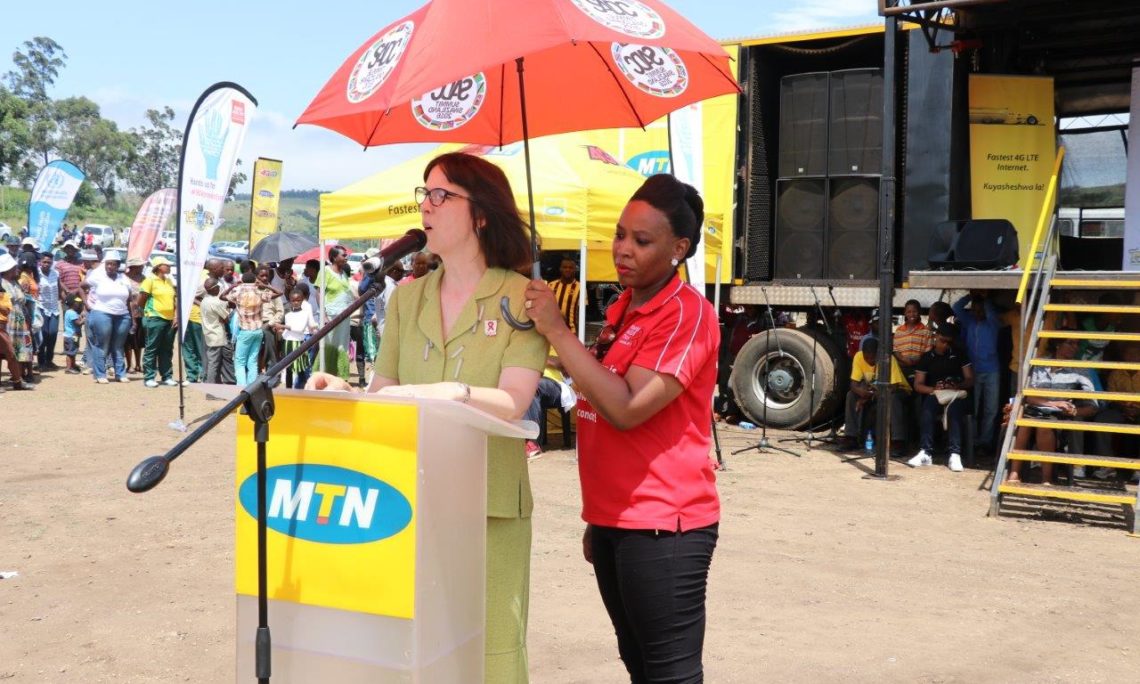 On December 1, Ambassador Peterson joined in Swaziland’s national World AIDS Day Commemoration held in Mankayane. She acknowledged successes made thus far but urged everyone to play their part in working toward an AIDS Free Generation in Swaziland. Ambassador Peterson also shared the United States’ commitment to supporting the national response to the HIV/AIDS pandemic, telling the gathered crowd that, “PEPFAR this year has a budget of $63 million, just over E880,000,000, that supports critical activities in testing, diagnosis, and treatment for people living with HIV/AIDS and other opportunistic infections, such as tuberculosis.”