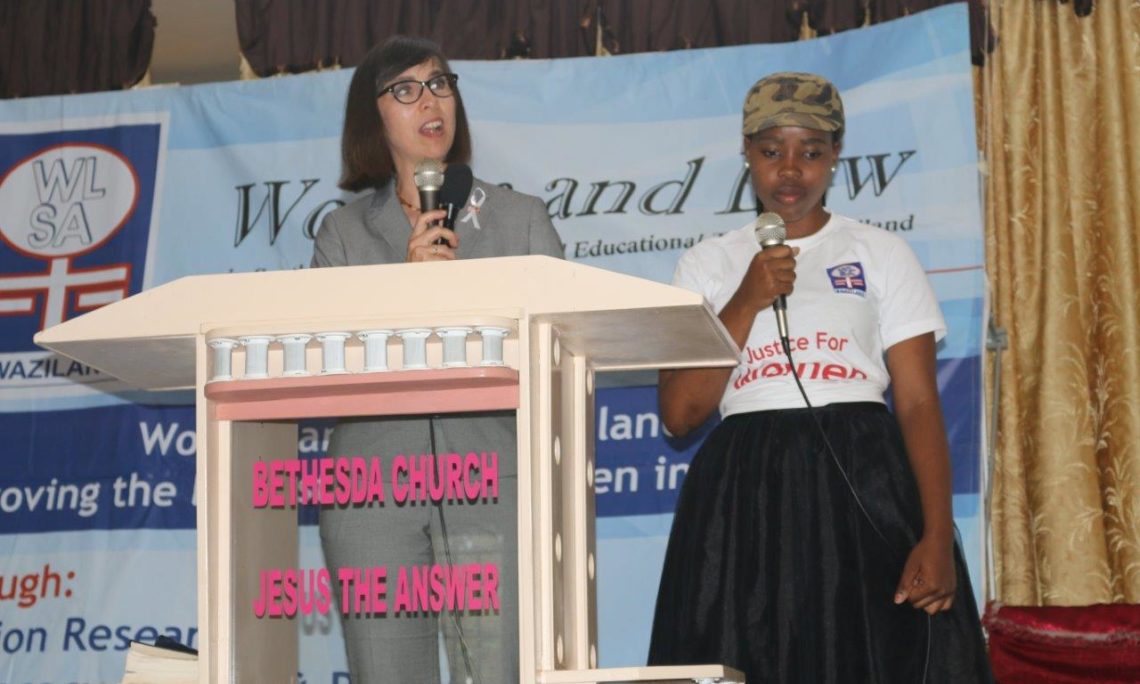 On December 9, more than 300 women from across Swaziland gathered at Bethesda Church in Nhlangano to discuss issues affecting the lives of Swazi women. Among other things, women discussed policies that should be implemented to eliminate gender based violence and human trafficking and to increase women’s representation in the 2018 national parliamentary elections. In Ambassador Peterson’s keynote address, she applauded women as agents of change in society and explained how gender rights in the United States progressed because of steady pressure and a comprehensive national strategy. “By hosting this national dialogue,” she remarked, “you are sending an important message not only to your families and fellow citizens but also to your government officials. Women’s rights are human rights.”