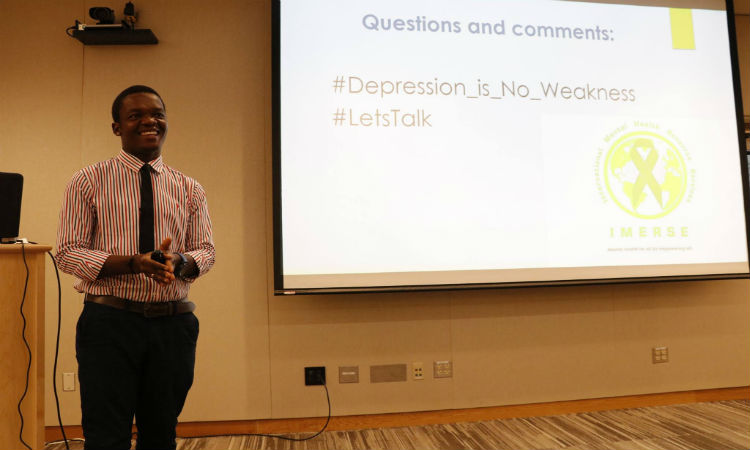 Statistics released by the World Health Organization state that depression affects 30 million people in Africa, which is also a major contributor to suicide. In Swaziland, in the year 2016, 102 males and 23 females committed suicide according to statistics released by Dr. Violet Mwanjani from the National Psychiatric Center. For World Health Day, the Embassy hosted Mr. Dumsani Mamba, Program Director at the International Mental Health Resource Services (IMERSE), to address staff on mental health disorders that include depression and substance abuse. He also gave everyone stress management tips to ensure strong mental health.

Melusi Simelane traveled to the U.S. to represent Swaziland at the Department of State’s International Visitor

Leadership Program, a three-week professional development exchange in the United States. Melusi is a student at UNISWA and a Co-Coordinator at The Rock of Hope, where he volunteers his time working on advocacy campaigns and facilitating peer support groups and discussions for members of LGBTI community. In the U.S., he will represent Swaziland during his training exchange program focused on human and civil rights and tolerance.