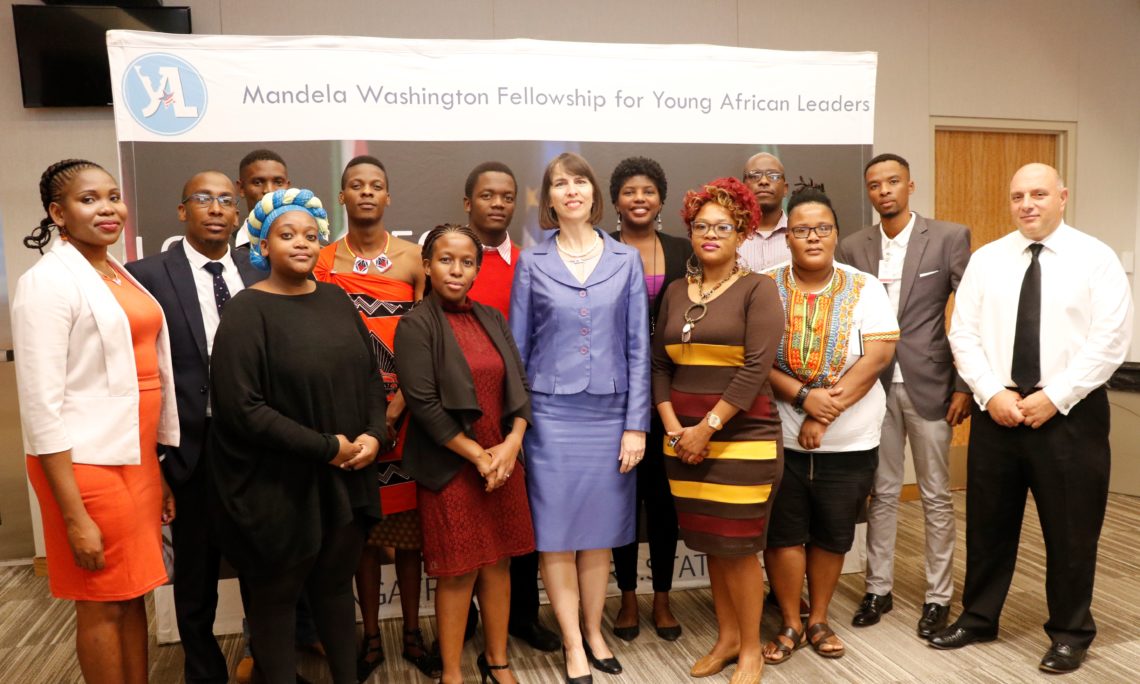 This June, twelve Swazi finalists, who were selected to participate in the Mandela Washington Fellowship (YALI), will travel to the United States of America. These outstanding young leaders will join 1000 other young African leaders for a six-week program at one of 20 prestigious U.S. universities followed by a summit in Washington, D.C. The youth leaders met Ambassador Lisa Peterson, the Deputy Chief of Mission, Michael Lombardo and the Public Affairs officer, Joia Starks and other Embassy officials on Wednesday May 10th where they received additional information about the Fellowship program, posed questions to Embassy officials, and networked with each other.

Ambassador Peterson congratulated the Fellows on their successful selection in joining the program and noted that the Mandela Washington Fellowship for Young African Leaders began in 2014. It brings together African youth between the ages of 25-35 for leadership training, academic coursework and mentoring. Since 2014, 40 Swazis have participated in the fellowship. Through YALI, the United States is investing in the next generation of African leaders, and has committed significant resources to enhance leadership skills, bolster entrepreneurship, and connect young African leaders with one another, with the United States, and with the American people. The twelve Swazi leaders are: Nomsa Mbuli, Melusi Mngometulu, Hlobsile Sikhosana-Shongwe, Bongani Dlamini, Qiniso Motsa, Thobisa Simelane, Simphiwe Dube, Sicelo Ndlandla, Nonhlanganiso Nkosi, Nosizwe Sigwane, Dumsani Mamba and Simangele Maziya.