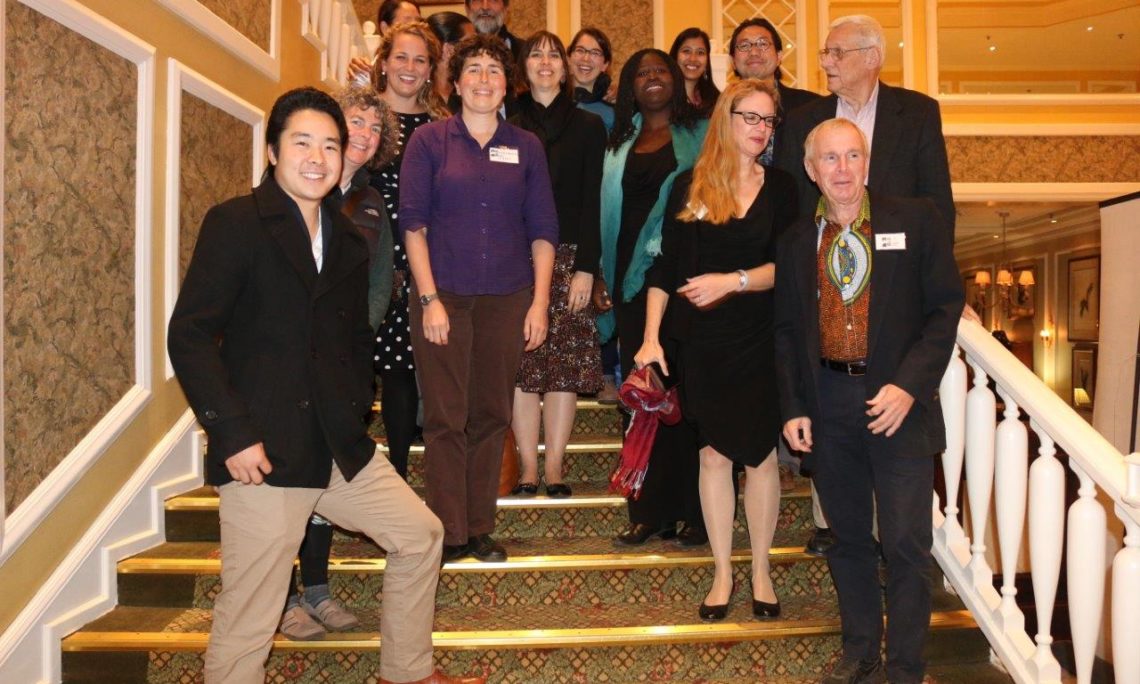 Good evening and thank you very much for inviting me to speak to you on this very important occasion. It is an honor for me to particiate in this year’s Teachers Across Borders – Southern Africa (TABSA) workshops closing Ceremony. Today marks the 6th year of TABSA’s trainings in Swaziland. Over the years TABSA has sent 150 teachers from the US who volunteer to teach science and math teachers during their school holidays. I am so proud of all that you’ve accomplished. This is your day. I am here because the Embassy believes in what you are doing.

I would like to open my remarks by quoting what President Obama said on March 23 last year “Science is more than a school subject, or the periodic table, or the properties of waves. It is an approach to the world, a critical way to understand and explore and engage with the world, and then have the capacity to change the world…”

In a world that’s becoming increasingly complex, where success is driven not only by what you know, but what you can do with what you know, it’s more important that ever for our youth to be equipped with the knowledge and skills to solve tough problems, gather and evaluate evidence, and make sense of information. These are the types of skills that students learn by studying STEM.

Yet today, few Americans, and indeed Swazi, students pursue expertise in STEM fields – and we have an inadequate pipeline of teachers skilled in those subjects. That’s why President Obama has set a priority of increasing the number of students and teachers who are proficient in these vital fields.

All young people should be prepared to think deeply and to think well so that they have  the chance to become the innovators, educators, researchers, and leaders who can solve the most pressing challenges facing our nation and our world, both today and tommorrow. But, right now, not enough of our youth have access to quality STEM learning opportunities and too few students see these disciples as springboards for their careers.

President Obama has articluated a clear priority for STEM education: within a decade, American students must “move from the middle to the top of the pack in science and math.” The Obama Administration also is working toward the goal of fairness between places, where an equitable distribution of quality STEM learning opportunities and talented teachers can ensure that all students have the chance to study and be inspired by science, technology, engineering, and math – and have the chance to reach their full potential.

In response to the President’s call, The US department of Education has developed a cohesive national strategy, with new and repurposed funds, to increase the impact of federal investments in five areas: 1.) improving STEM instruction in preschool through 12th grade; 2.) increasing and sustaining public and youth engagement with STEM; 3.) improving the STEM experience for undergraduate students; 4.) better serving groups historically underrepressented in STEM fields; and 5.) designing graduate education for tommorrw’s STEM workforce.

I would like to challenge Swaziland to do the same. The Embassy has embarked on a series of programs aimed at encouraging Swazi students to venture into STEM careers. In January this year, working with the Ministry of Education, we trained STEM teachers from eleven schools on how to facilitate a social invention known as “Thinking out of bonds” which is developed by a US company called Uncharted Play (UP). It is being piloted in some schools and we will be evaluating its effectiveness by the end of this school term.

During the training, two UP products (the SOCCKET and the PULSE) were used as case studies in social invention and examples of how they help demystify science and technology. The participants also worked through the formal process of community needs and social invention. Using socially relevant examples, participants applied the process to create their own prototypes of social inventions. This emphasized the message that invention is anywhere and anyone can be a social inventor.

In June, we partnered with Swazi MTN and STEM Foundation Swaziland to introduce 16 teachers and 800 students from eight schools in rural communities to computer programming and robotics. The response is encouraging. Several schools have indicated an interest to establish coding clubs and the Embassy will be supporting six of them for the next two years. STEM Foundation Swaziland will host a national robotics competition in September this year.

During this school term, the Embassy is bringing Ms. Jessie Link who is the Director of Software Engineering from Twitter’s London office. She will spend five days introducing 100 Swazi girls to coding using programming language called Python. The lessons that we will learn from this pilot project will be used to inform similar programs that will also involve boys.

As we work together to generate interest among Swazi students to STEM fields, I wish to assure you of the Embassy’s continued support. To the TABSA team, I wish you safe travels and look forward to meeting you next year.