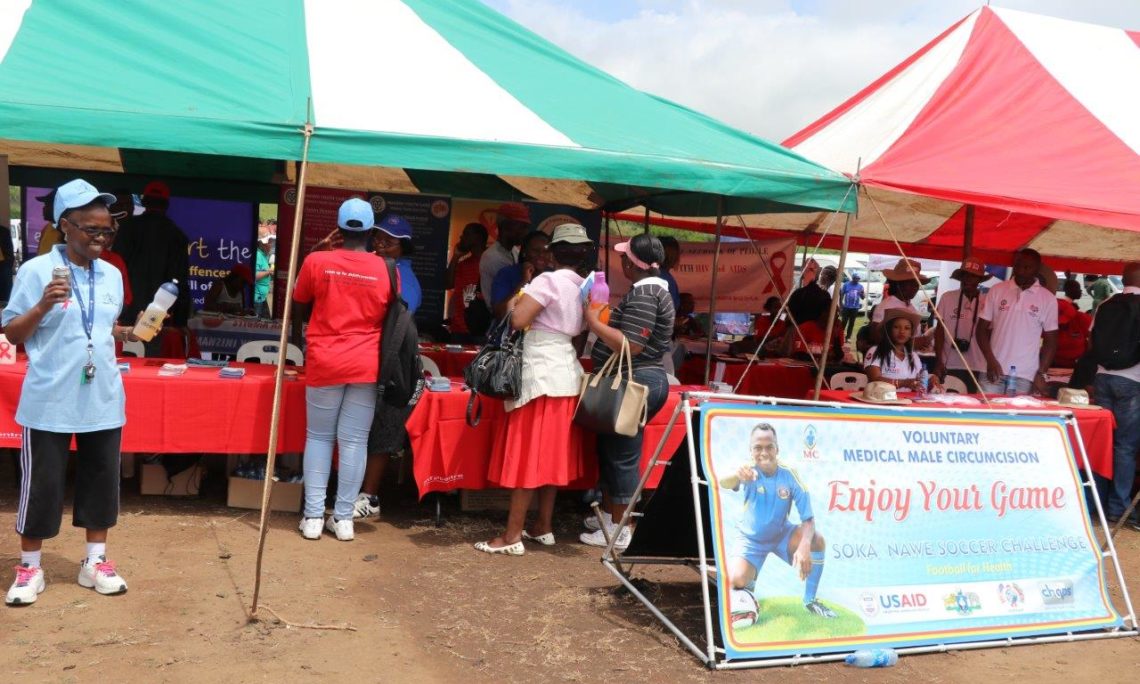 Your Excellency the Right Honorable Prime Minister of the Kingdom of Swaziland,

I am pleased to be here today to observe World AIDS Day in Swaziland. This day is in part a day of mourning for those who have died of AIDS, and Swaziland, with the highest prevalence of HIV in the world, has done more than its share of mourning.  More than 28 percent of Swazis between the ages of 15 and 49 are HIV positive.  That is nearly one out of every four people.  It’s a statistic that shocks the senses, but one that we are working collectively to reverse.  As we all put tremendous effort into combatting HIV and AIDS, we can increasingly look at World AIDS Day as an opportunity to mark the accumulation of successes that will carry us to an AIDS-free generation.  We have seen impressive progress towards several goals, from a dramatic drop in the number of AIDS-related deaths to a remarkable increase in the number of HIV-negative babies born to HIV-positive mothers. But these gains remain fragile, meaning we all need to remain focused and not let up on our efforts to break the cycle of HIV transmission.

The United States’ commitment to partnering with countries such as Swaziland in battling this disease is evident in the resources, both financial and human, we have brought to this effort. In 2003, when President George W. Bush launched the U.S. President’s Emergency Plan for AIDS Relief – or PEPFAR, for short – he committed $15 billion over five years to combat HIV/AIDS. President Obama invested another $55 billion since the beginning of his term, with a keen focus on Sub-Saharan Africa. In Swaziland, PEPFAR this year has a budget of $63 million, just over E880,000,000, that supports critical activities in testing, diagnosis, and treatment for people living with HIV/AIDS and other opportunistic infections, such as tuberculosis.  To ensure care and protection of children affected by HIV, each year ten percent of PEPFAR funds are set aside to mitigate the impact of HIV on orphans and other vulnerable children and to ensure they grow up HIV free.

I cannot emphasize enough how critical the support of all the stakeholders has been in combating this global epidemic in Swaziland. Because of their expertise, dedication, and advocacy, the national HIV incidence is expected to decrease by over 50% in 2018, from a high of 5% in the mid-1990s. In 2004, fewer than 500 people in Swaziland were on anti-retroviral therapy. Now, there are more than 165,000 adults and children receiving care, mostly through local and mobile clinics, as a result of PEPFAR support. Mother-to-child transmission has been reduced significantly because of early detection, treatment and counseling for nursing moms. I also want to commend the Government of the Kingdom of Swaziland’s launch in October of the “test and start” policy.  Moving HIV positive people immediately into treatment will make a tremendous difference in stopping this disease.  When people are on treatment, not only are they able to live longer, more productive lives, but they can also dramatically reduce the likelihood that they will transmit the virus to others.  This step will be key to helping Swaziland achieve its goal of an AIDS-free generation.

There are some particular successes from our 11-year partnership with Swaziland that I’d like to highlight.  Cases of mother to child transmission have dropped from 33 percent to just 4 percent.  Decentralizing treatment, both by implementing nurse initiated treatment and making a concerted effort to move more services to the rural areas, is helping more people get access to life-saving services.  We are continuing to look for creative ways to get services out to as many people as possible, from working through the Ministry of Tinkhundla Administration to develop partnerships with chiefdoms to creating mobile testing units that can reach people who may not be able to get to a regular clinic.

There are several areas, however, that must still be given focused attention if Swaziland is to succeed in  breaking the cycle of HIV transmission. Young women between the ages of 15-24 represent the highest rates of new HIV infections. They are especially vulnerable when you consider Swaziland’s high rate of violence against women, who often have no legal recourse. Protecting women and girls, from the homestead to the courthouse, has the potential to significantly reduce the prevalence of HIV/AIDS in Swaziland. All Swazis, especially the government, have a duty to ensure respect for the human rights of women.  A portion of our funds for this year and next are specifically focused on this area through the DREAMS funding stream, which aims to make young women Determined, Resilient, Empowered, AIDS-free, Mentored, and Safe.

Another roadblock to progress is stigma, which keeps people from knowing their status. There are countless reasons that people give for not getting tested, but the reality is that ignorance can be deadly.  Knowledge is power.  Knowing your status gives you the power to decide your future – by continuing safe practices whether you are HIV negative or positive, and by getting treatment if you are positive to live a full and healthy life. Because test and start gets HIV positive people on treatment right away, this should be encouragement for people to know their status so they can get control of their lives by getting on and staying on treatment. Armed with information and access, people can be on the right path to sustainable care.

I would like to commend my team for the tremendous work they put in every day to help Swaziland stop the spread of this virus and care for those who have already been affected.  In the world of PEPFAR, ours is actually a rather small team, but they are mighty.  Part of the reason this small team is able to use a large budget so effectively is because we enjoy tremendous collaboration with the Government, civil society, and our implementing partners.  I thank you all for your efforts and look forward to marking new successes over the coming year.