Home Home | News & Events | Solidarity against the exploitation of women and girls: Inyandzaleyo 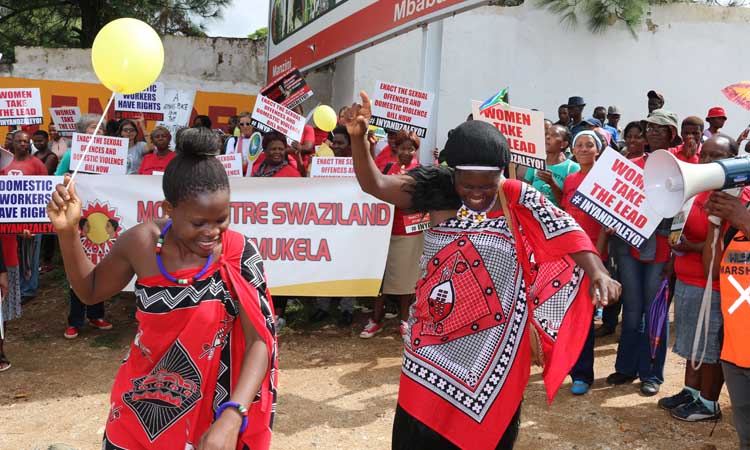 Last Friday more than 3000 women including the only female elected into Parliament in 2013, MP and Deputy Speaker Esther Dlamini marched in in the streets of Manzini calling for the enactment of the Sexual Offences and Domestic Violence Bill and an end to gender based violence. The march was organized by Women and Law in Southern Africa in partnership with One Billion Rising campaign. Representatives from the government, NGOs, police from the domestic crime unit, men, young girls and boys all joined in the march. After the march, men and women came together to discuss policies that should be implemented to eliminate gender based violence and strategies on how to increase women’s representation in the 2018 national parliamentary elections. Swazi women need and deserve more representation in Parliament.
Read the Remarks by Ambassador Lisa Peterson Delivered by PAO Joia Starks “One Billion Rising – National Women’s Dialogue”