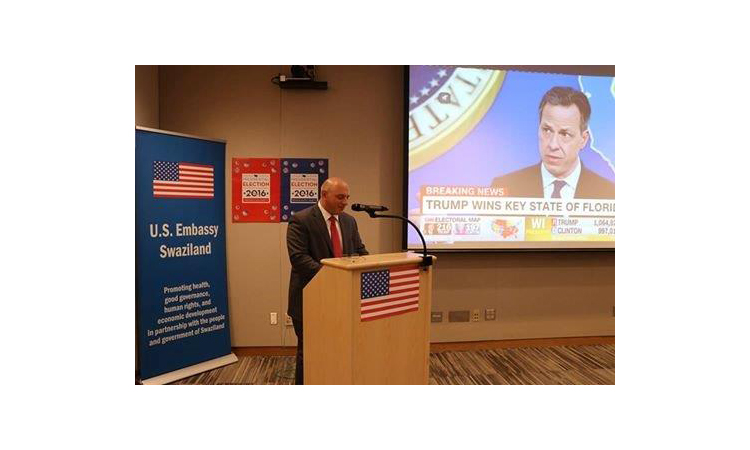 Thank you for joining us for an early-morning breakfast as we watch the live results of our 2016 Presidential election.

As the political campaigns have unfolded under the 24-hour news cycle, many words have been used to describe the past eighteen months – from “spectacle” and “divisive” to “unprecedented” and “incredible” – but in a few hours, the one word we can use is “over.”

Today marks the end of a tenacious battle for the White House, in which both candidates worked hard to sway the American people towards their vision for the country and for our future.

We recognize that the rhetoric and tone of the elections cycle was, at times, very worrisome for our friends and allies around the world.  But I want to emphasize an important aspect of our democratic system: the peaceful transition of power.  Democracy can feel chaotic leading up to the final results; however, once those results are announced, we come together.  We respect the voice – and the choice – of the people and we rally behind our leaders. It’s been that way for more than 200 years, as was shown with Thomas Jefferson’s election in 1800.

John Quincy Adams, our sixth President once said “Always vote for principle, though you may vote alone, and you may cherish the sweetest reflection that your vote is never lost.”  These words personally inspired me as I made my decision this election.

For those who have followed our national politics over time, you understand that it is impossible for a president to govern against the will of the people and without the support of the Congress. These deliberate checks and balances enshrine our democracy.

In short, this election has been gripping to watch, both at home and from abroad.  President Obama has said time and again that democracy isn’t a spectator sport. So while we highly anticipate the results from our presidential elections every four years, the true work of democracy happens every day, as ordinary citizens put aside their differences and work towards progress. And we expect that same dedication from all our elected officials.