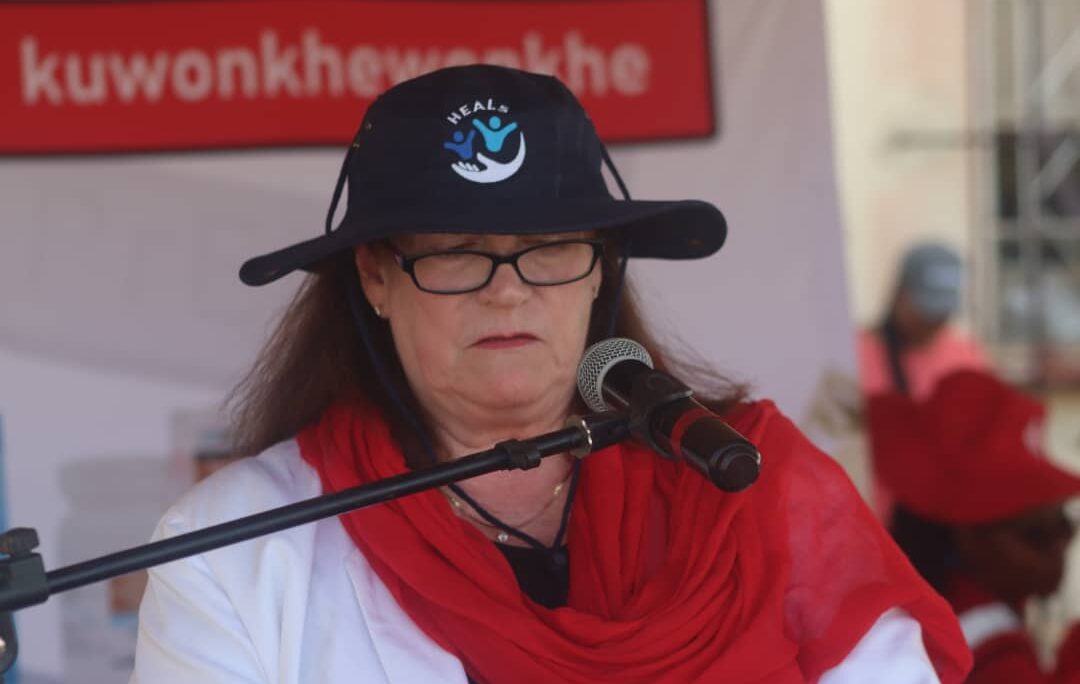 I am honored to be here today in recognition of World AIDS Day 2022 and to celebrate the tremendous progress that has been made in addressing the HIV/AIDS epidemic in Eswatini. Yesterday’s release of results from Eswatini’s third population-based HIV impact assessment, locally known as SHIMS3, marks a milestone in Eswatini’s fight against HIV. SHIMS3 shows that although nearly 1 in 4 Emaswati over the age of 15 are living with HIV, nearly 9 out of every 10 have suppressed the virus, thereby allowing them to lead productive lives and preventing onward HIV transmission. This tremendous success is a result of the leadership and collective efforts of the government of the Kingdom of Eswatini, civil society, multilateral and bilateral partners, the private sector, and others. Despite this incredible progress, our work is not done — approximately 4000 new infections are still occurring annually, mainly among women.

Globally, the U.S. President’s Emergency Plan for AIDS Relief (PEPFAR) remains the largest commitment ever made by any nation to address a single disease. It is an investment to save lives – an historic symbol of our partnership as nations and the generosity of the American people. Since its beginnings in Eswatini in 2005, PEPFAR has invested over E12 billion in support of Eswatini’s HIV response. The investment from this year alone amounts to E1.3 billion for HIV response, and an additional E17 million to support continued COVID response efforts and preparedness for future public health threats.

More than 17 years ago, when PEPFAR began work in Eswatini, fewer than 500 people were on life-saving anti-retroviral therapy. Now, PEPFAR is supporting more than 200,000 adults and children who are receiving antiretroviral therapy, including nearly 9,000 Emaswati who began HIV treatment in the past year.

While the progress is remarkable, HIV/AIDS remains a major public health crisis here in Eswatini. This year, UNAIDS estimates that more than 2,600 people died of HIV-related causes and SHIMS3 estimates approximately 4,000 individuals were newly infected with HIV. These figures have declined markedly from their historic peaks, but HIV continues to impact Emaswati. This year’s World AIDS Day theme ‘Equalize: Eswatini ending AIDS for all” captures the essence of our goals today. Eswatini’s HIV response must address the most vulnerable across all ages, genders, and population groups if it is going to be successful.

Eswatini possesses the tools needed to control the HIV epidemic and sustain the gains that have been realized to date. We have medication available for all people living with HIV—medication that is safer and more effective now than ever before. We have systems established which allow people living with HIV to collect their medication twice a year, reducing the resource burden that previously existed when individuals had to return monthly for services. We also have effective prevention options like pre-exposure prophylaxis, or PrEP, a once-a-day pill proven to prevent HIV infection.

Today an estimated 70% percent of the population is under the age of 35. It is imperative to reach this youthful population with prevention services and information to empower them to protect themselves from HIV infection. The majority of these youth had not yet been born in the early 2000s and did not experience first-hand the devastation and deaths caused by HIV/AIDS.

The youthful population and the circumstances in which girls and young women begin engaging in sexual activity continue to be a dangerous combination – the annual rate of new infections among women is nearly 7 times that of men. In addition to protecting young women, we must ensure that young men are accessing testing and treatment services both to protect their own health and prevent transmission to others. SHIMS3 showed us that only 63% of young men 25-34 years old living with HIV are virally suppressed. Without new approaches to engage and mobilize young men to know their status and embrace treatment, our goals to control this epidemic will remain elusive, and continue to put others, particularly young women, at risk.

Investing in girls and young women is at the center of the PEPFAR program. Since 2015, PEPFAR’s flagship DREAMS program has invested more than $1 billion (US dollars) across the world for adolescent girls and women to help them become Determined, Resilient, Empowered, AIDS-Free, Mentored, and Safe. Over the past year, we have expanded the geographic reach of the DREAMS program in Eswatini to deliver high impact HIV services, including economic strengthening.

As we come into 2023 and reflect on the HIV pandemic, we have additional concerns that threaten the progress we have made together. The social, economic, and health impacts of the lingering COVID-19 pandemic and civil unrest are major threats to the progress made. This is a moment to refocus our efforts on preventing new infections and address the social and gender inequality facing young people and the nation as swiftly as possible, in order to avert a backslide in HIV progress.

While we work to prevent HIV infection and care for people living with HIV, we also must focus on key structural drivers of women’s and girls’ added vulnerabilities. As we join the world in commemorating 16 Days of Activism Against Gender-based violence, which culminates on December 10, Human Rights Day, the U.S. Embassy is proud to lead efforts that advocate for the rights of women and girls. We all know that violence against women and girls has a negative impact on their participation in education, employment, and civic life, which in turn means they are less able to contribute to the community and development of the country. We know that GBV is a key driver of HIV infections. It is time to establish a new culture of inclusivity in Eswatini—one that values and uplifts women and girls and holds perpetrators of GBV accountable.

A resilient response to disease can only be achieved in communities when women, as well as men, are fully empowered to play a role in their economic futures. By ensuring women have access to income generation opportunities, we lay the foundation for long-lasting change that will diminish women’s susceptibility to gender-based violence and set Eswatini on a path to sustainably reduce the spread of HIV.

The United States is proud to invest in the future of Emaswati through PEPFAR and acknowledges the importance of strengthening the country’s health sector. By the same token, we must also work together to help Eswatini heal from the recent civil unrest. As the government and citizens of Eswatini approach national dialogue, we urge that preparations be in full collaboration with civil society. Inclusive, peaceful, and constructive dialogue on issues of concern to Emawati will help Eswatini continue to build a nation where all can reach their full potential.

In closing, I would like to take a moment to recognize the government of the Kingdom of Eswatini for its unwavering commitment to control its HIV epidemic, even in the face of COVID-19. I would also like thank our implementing partners for their tireless work to support the people of Eswatini to prevent HIV and helping those with HIV to live long, productive lives.

As we collectively press towards attaining epidemic control through an inclusive and equitable approach, we must recognize that gains remain fragile. We must work together, through a multisectoral and systematic approach, to shore up those gains, and in doing so we can and will pave the way to an HIV-free Eswatini for the generations to come.