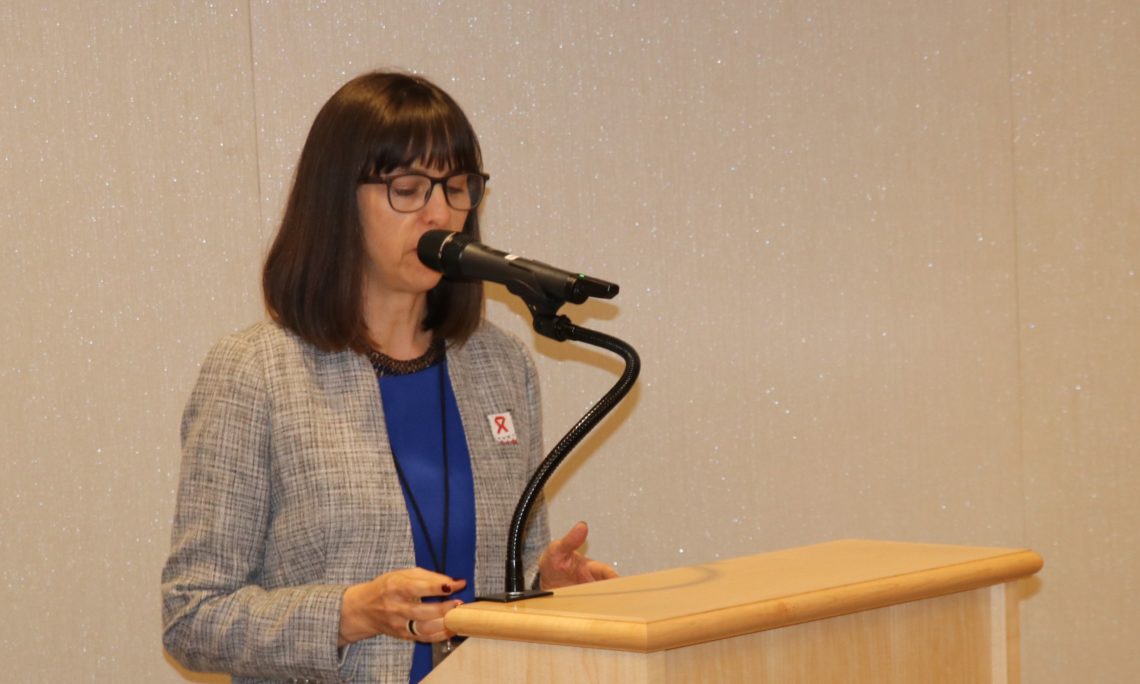 This year marks the 15-year anniversary of the U.S. President’s Emergency Plan for AIDS Relief (PEPFAR).  Since PEPFAR’s establishment in 2003, with strong bipartisan support across three U.S. presidents and eight U.S. congresses, we have invested more than eighty billion U.S. dollars in the global HIV/AIDS response. This includes through U.S. bilateral HIV and tuberculosis efforts as well as our contributions to the Global Fund to Fight AIDS, Tuberculosis and Malaria. This investment remains the largest commitment made by any nation to address a single disease and we celebrate the fact that the program has saved more than 16 million lives globally.

I am proud to state that in Eswatini, between 2004 and 2018, the United States government has worked hand-in-hand with the Government of the Kingdom of Eswatini to achieve remarkable progress in HIV through contributions of more than $480 million dollars.  This funding has saved and improved countless lives here. In 2004, fewer than 500 people in Eswatini were on anti-retroviral therapy. Now, there are more than 175,000 adults and children receiving care, mostly through local and mobile clinics, as a result of PEPFAR support, with over 400,000 HIV tests conducted.

PEPFAR has long understood the outsized toll that HIV often takes on young women and girls. For this reason, Peace Corps and a group of educators began GLOW Eswatini in 2010, which stands for Girls Leading Our World. It is a global project initiated by Peace Corps volunteers and local counterparts to empower young girls and to improve the status of women around the world. GLOW counselors and volunteers recognized the potential for helping to minimize, through education, several of the life-threatening conditions that affect women and girls in the country.

I am proud that with us today are Volunteers and GLOW Eswatini National Directors, Brianna Dickinson and Eli Banda-Cruz, along with GLOW club members and counselors. They are here to continue strengthening their capacity as informed club facilitators and peer advisors. They remain committed to building an Eswatini, and a world, where girls are inspired to dream big and live in societies that fully support them in achieving their goals.

PEPFAR’s work in Eswatini is firmly focused on the populations that data show are often being left behind—such as young women and men, children, and key populations—by scaling up innovative approaches to reach them at the community level.  All ages, genders, and at-risk groups should be able to know their HIV status, receive lifesaving HIV prevention and treatment services, and be virally suppressed if they are HIV-positive.

PEPFAR is strengthening the systems that drive effective, efficient, and sustainable health care provision.  This year in Eswatini, the program has trained health care workers to deliver and improve HIV and other health services, creating a lasting infrastructure for Eswatini to confront current and future health challenges.  In 2018, PEPFAR invested in health systems strengthening, including laboratory systems to provide the platform for health security.  The same platform that is needed for everything from routine care to preventing global pandemics is also critical in this work for our sustainable response.

However, we still see concerning signs of the work left to do. Counted among them are high mortality from tuberculosis and challenges in delivering TB preventive therapy to people living with HIV.  The burden of cervical cancer for women with HIV must also be addressed, and currently PEPFAR is supporting the government with the expansion of cervical cancer testing and treatment for women with HIV.

Fifteen years ago, when the United States launched PEPFAR, HIV was a death sentence in many parts of the world.  Now, for the first time in modern history, there is the opportunity to make what once seemed impossible possible – controlling a pandemic without a vaccine or a cure.  This will lay the groundwork for eventually eliminating HIV once a vaccine or a cure is discovered. These efforts remain absolutely vital.

During my remarks at the 2017 World AIDS Day Commemoration, I mentioned both the remarkable results from the SHIMS 2 study that showed a reduction in new HIV cases in the country and how Eswatini’s progress stands as a global testament to the impact of data-driven interventions and the power of concerted effort by all stakeholders.  But I also noted that the rates of new infections are still among the highest in the world, placing an unequivocal burden on EmaSwati, particularly the youth. The just-released 2018 UNAIDS HIV estimates for Eswatini indicate that over 6,000 people were infected in 2018 in addition to over 3,000 AIDS-related deaths.  Together we can – and must – do better than this.

New formulations of antiretroviral drugs that are more effective at treating HIV and have fewer side effects are poised to be rolled out imminently in Eswatini and globally. PrEP, a once-a-day pill to prevent HIV in those at-risk, is now available here. HIV self-testing allows one to test in the safety and privacy of one’s home and is certain to reach a broader swath of the population. These are just some of the ways we continue to improve and adapt our response.

Right now, we have the tools available that are needed to stop this epidemic. Full implementation of the national HIV plan with donor support is what we need to help people know their positive status, bring people onto treatment, bring those back into treatment who we have lost along the way, and prevent new infections.  If we stay on our current trajectory though, we may not get there.  One thing stands in our way: stigma. HIV-related stigma hurts the people of Eswatini. It is on all of us to destigmatize HIV. This includes getting tested for HIV, disclosing a positive HIV status, getting treated for HIV, and living with HIV.  Stigma and fear are standing in the way of many people knowing their HIV status, and many of those who do know but do not want to seek care and treatment, or have not returned to treatment.  Stigma makes us less effective at preventing new infections.

What can we do?  Stop the silence.  There’s a saying that “what you permit, you promote.”   Whether you tested for HIV or you have HIV or if you love someone with HIV, share your experience. Don’t hide.

We need to make testing for HIV a normal and routine part of health care that demonstrates concern for your own health, and that of your partner’s or family’s wellbeing. Treatment saves lives.  We need to reach out and spread the word to those who were on treatment in the past and stopped. To those who are afraid to test, we need to let them know that whatever the result “it will be ok.”

In closing, I would like to recognize the government of the Kingdom of Eswatini for its unwavering commitment to control the HIV epidemic, and appreciate our work together to reach our 95-95-95 goals. Thank you to the implementing partners for their tireless work to support the program and people of Eswatini in preventing HIV and helping those with HIV to live long, productive lives. And I offer my deep gratitude and respect to the everyday heroes, either affected by or infected by HIV, who advocate for and inspire others, who offer a shoulder to lean on to a relative, friend or neighbour and who help reduce the stigma by talking about HIV. It is not an infection that defines us, but rather, it is our strength, courage and compassion to move forward and prosper in the face of adversity.