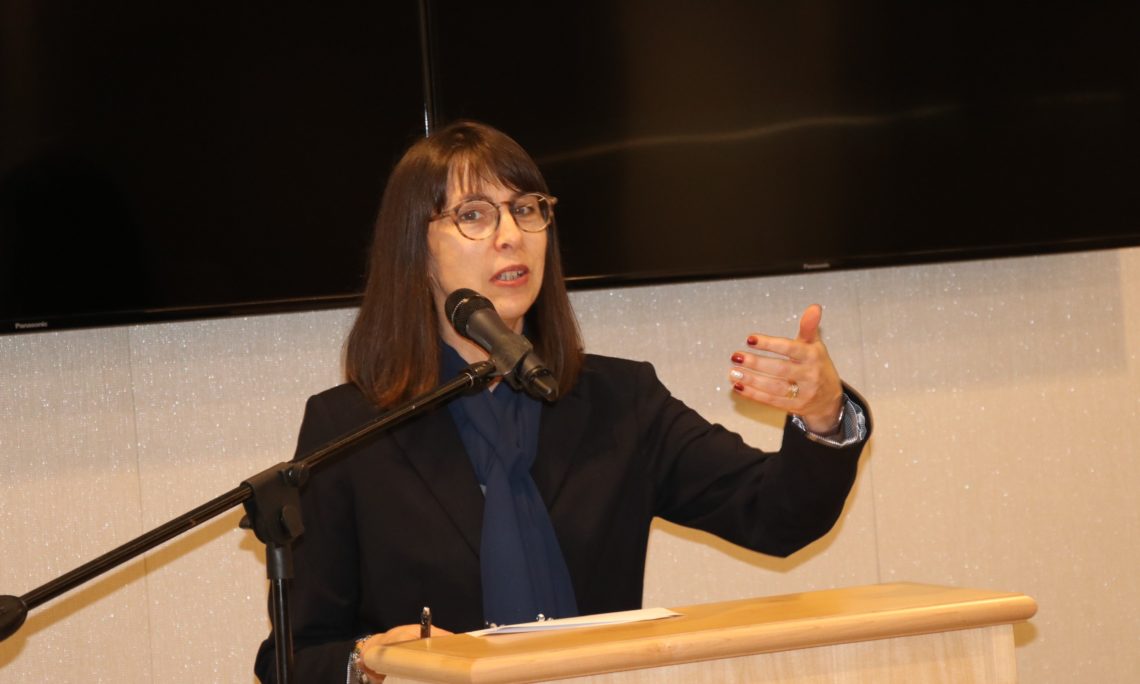 Welcome to you, leaders of Faith from various communities, and government officials here in Eswatini:

Thank you for joining us at this lunch meeting today to celebrate the 20th anniversary of the US International Religious Freedom Act. This Act was passed in 1998 to promote religious freedom as a tenet of our US foreign policy in order to strengthen our advocacy on behalf of individuals persecuted in foreign countries on account of their religion.  The Act authorized us to take action in response to violations of religious freedom overseas.

Many of the first colonists who went to our country were Christians seeking religious freedom because they had been faced with persecution in their home countries in Europe.  Our U.S. Constitution was ratified in 1789; not surprisingly, the very first amendment to it dealt with Freedom of Expression and Religious Freedom.  In the first words of the first amendment, it reads: “Congress shall make no law respecting an establishment of religion, or prohibiting the free exercise thereof…”

Article 18 of the 1948 Universal Declaration on Human Rights protects everyone’s “right to freedom of thought, conscience and religion…” including the “… freedom to change his religion or belief, and freedom, either alone or in community with others and in public or private, to manifest his religion or belief in teaching, practice, worship and observance.”

Religious freedom is also protected under the Constitution of Eswatini. “A person has a right to freedom of thought, conscience or religion…” including the “freedom to change religion or belief, and freedom of worship either alone or in community with others.”

Why then is it still so important to speak about protecting religious freedom, when we already have such strong foundations to protect it?  Religious freedom is instrumental to global peace, security, and prosperity.  Respect for religious freedom reinforces and is reinforced by respect for the freedoms of expression, association, and peaceful assembly.  It allows for the inclusion of voices that do not share mainstream consensus values, policies, or approaches.  Every religion has a minority population somewhere.  Respect for religious freedom and all human rights can help improve social stability and trust, reduce sectarian violence, and lessen the likelihood of armed conflict and violent extremism.  Respect of each individual’s right to freedom of religion is vital to social stability and dignity.

Here at the Embassy, we recently completed our submission of the annual religious freedom report for Eswatini.  Because Eswatini has such a large majority of one faith group, there appears to be a great deal of religious tolerance.  EmaSwati aren’t being killed, tortured, or imprisoned for their religious beliefs.  They aren’t forced or pressured to convert to a particular faith; nor are they prohibited from practicing their religion of choice.  However, there is always room for improvement, particularly in terms of protecting the rights of the much smaller faith groups in Eswatini.  For example, the decree requiring Christian education in public schools infringes on the rights of students of other faiths, and the manner in which the decree was issued provided no opportunity for anyone to express concerns.  What might be a way forward for the country on this issue, particularly now that there is a new government in place?

In many parts of the world, religious communities have played a significant role in education and social services.  They have helped increase literacy, reduce poverty, promote development, provide access to potable water, administer health care, and lead peace and reconciliation processes.  Religious freedom is strongly related to a host of other benefits that are hallmarks of a stable society, including better health outcomes, higher levels of earned income, and better educational and social opportunities for women.”

All this goes to show that religious communities have made incredibly positive contributions to society that might otherwise have been suppressed through religious restrictions.  Higher levels of innovation and earned income for both women and men are clearly among the benefits.   In short, research shows a close correlation between respect for religious freedom and increased stability and economic prosperity.

This kind of reality is especially true in a country like Eswatini, where government resources are often insufficient to meet all of a community’s needs. We know each of your religious communities is engaged in social outreach activities that benefit your surrounding populations. We’ve invited a few of you to briefly share with us an example of your social outreach experience.