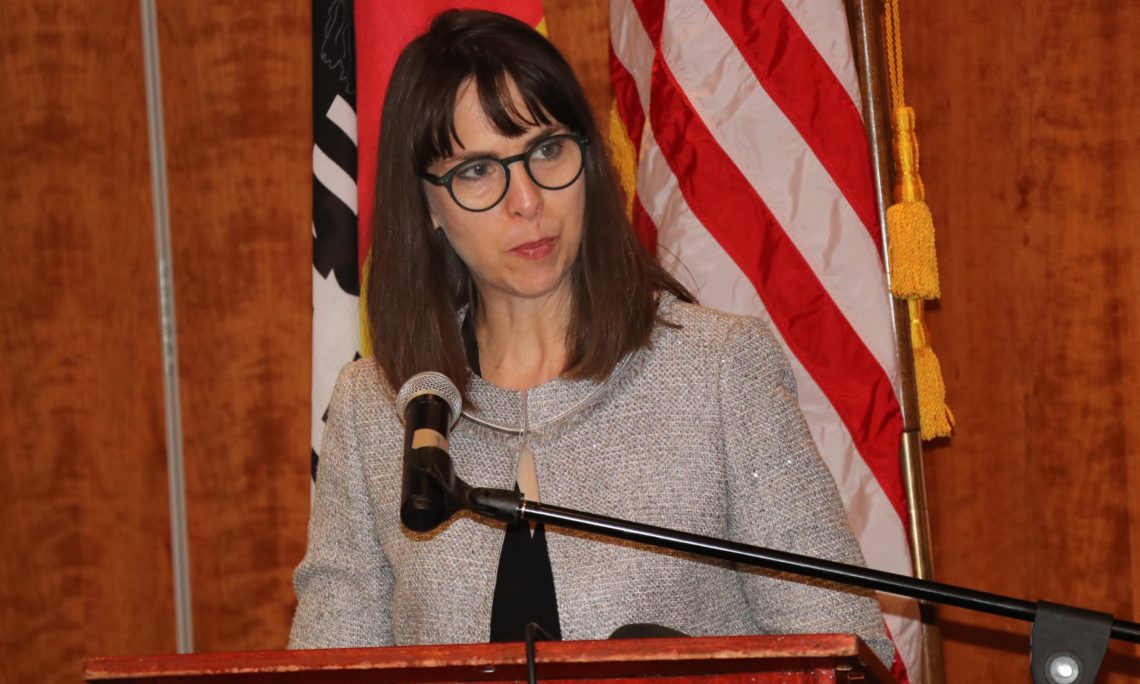 Today ushers in a new phase of the U.S.-Eswatini partnership, as we sign a five-year USAID Development Objective Agreement Grant, or DOAG.  We are proud of the progress and accomplishments we have reached together in recent years and I believe our collective goal to achieve epidemic control is closer now than ever before. As the USAID Mission Director noted, Eswatini has made great strides in addressing the HIV epidemic over the past 5 years, with a 44 percent reduction in incidence and a national HIV treatment coverage of 86 percent.  However, we still have much work to do to reach specific populations of people living with HIV in order to get them tested and retained in treatment.

Over the years, even as we channeled immense resources towards the fight against HIV, we have also been engaged on the larger ecosystem that makes an effective and sustained response to HIV and AIDS possible.  Our mission priorities have included advocacy on human rights issues, engagement to support economic growth, promotion of gender equality, and commitment to civil society. The progress we have made in these areas has, in turn, contributed to a strengthened epidemic response.  The new Public Order Act has laid the groundwork for greater freedom of association. As a result, civil society groups can expand their platforms, raise awareness on policy issues, and advocate for change.  Passage of the Sexual Offenses and Domestic Violence Act is a comprehensive, game-changing win for gender equity, for economic growth, and against HIV. Such legislative shifts, driven by the consistent efforts of engaged citizens, can bring about broader structural changes. Such structural changes will be crucial to sustaining the Swati effort to control the HIV/AIDS epidemic.

As we work on the big picture and aim our efforts at this broader ecosystem, we cannot lose sight of the specific goals in the fight against HIV.  I am especially proud of our PEPFAR team and all our partners who are working tirelessly to get Eswatini epidemic control. They are seeking out men who do not know their HIV status, or are not on treatment, or have not taken the one step that can best protect men from HIV infection – medical circumcision.

They are working to ensure services for marginalized populations to ensure no one is left behind. They are trying new tactics to reach young women between the ages of 15 and 24, who still have the highest rates of new HIV infections.

The National Multi-Sectoral Strategic HIV Framework (2018 -2022) and the accelerated HIV Prevention Road Map recognize the importance of a multi-sector response, as does this DOAG.  In the coming months and years, as we work collectively toward building Eswatini’s ability to independently address the challenges of the 21st century, we look forward to reaching the next milestones as we have in the past: in partnership.