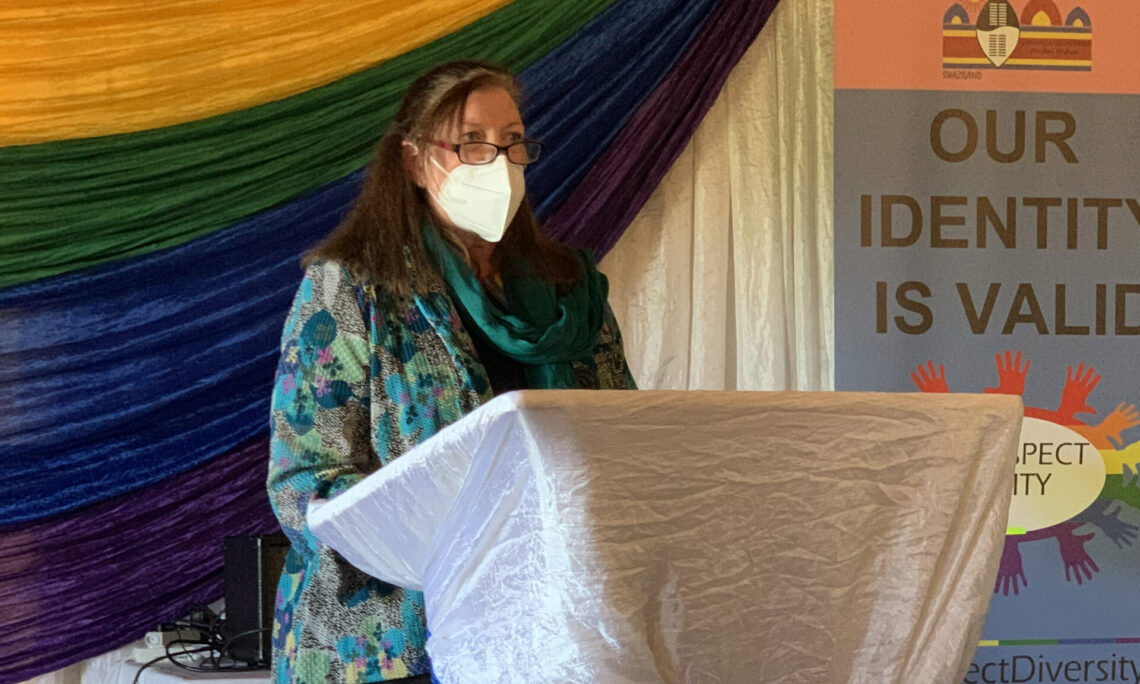 I am honored to be part of this year’s Pride Month celebration, I am delighted to see this event going forward, with COVID-related protocols observed. I commend the organizers and everyone participating for your efforts and dedication to mark Pride Month.

I am pleased to see allies and friends coming together to raise our voices in solidarity to uphold the human rights of all people.

This is an opportunity to reaffirm our commitment to equality and diversity in all its forms, including LGBTQI+ people. Communities are enriched by the diverse experiences, perspectives, and contributions of their members. It is important to recognize the value of diversity and inclusion, and treat all with the same respect, fairness, and dignity we expect ourselves. This is a foundational truth – human rights and democracy are intrinsically linked with stability, broad-based prosperity, peace, and progress. And defending and advancing human rights, including the human rights of LGBTQI people, is simply the right thing to do. That’s why a few days after taking office, President Biden signed a memorandum instructing all U.S. agencies engaged in diplomacy and development to promote and protect the human rights of LGBTQI people around the world.

Pride Month commemorates years of struggle for civil rights and the ongoing pursuit for equal rights for LGBTQI+ individuals, as well as recognition of their accomplishments.

Today, June 26th, is the anniversary of the historic 2015 U.S. Supreme Court decision in Obergefell v. Hodges, which ruled that the fundamental right to marry is guaranteed to same-sex couples and is the law of the land. And June 28th marks the anniversary of the start of the 1969 Stonewall riots, which in many ways was the genesis of the global LGBTQI rights movement.

The U.S. has committed to increasing engagement on LGBTQI human rights around the world. We do this by working with partners like you who bring to bear expertise on the unique challenges faced by LGBTQI+ individual and help identify innovative solutions to build safer, more inclusive communities for everyone.

LGBTQI+ persons around the world continue to face discrimination, violence, and other forms of persecution because of who they are and whom they love.  In Eswatini, the struggles faced by LGBTQI individuals are real, and becoming more visible. It is vital that these struggles be acknowledged and addressed.

Although we still have work to do, the U.S. is proud to lead by the power of our example.  This past June 15 we celebrated the one-year anniversary of a profound decision from the U. S. Supreme Court, which ruled that the employment protections afforded under our Civil Rights Act also apply to gay, lesbian, and transgender persons. The Civil Rights Act ended segregation in 1964 and prohibited discrimination on the basis of race, color, religion, sex or national origin. Now, it also applies to LGBTQI+ persons. It means that LGBTQI+ people can no longer lose their jobs in the U.S. simply for being their true selves. This year the U.S. Embassy building in Ezulwini was illuminated to honor Pride Month. The United States is proudly diverse in identity and we are unified in our shared commitment to the freedom and dignity of all.

Diversity and inclusion are the lifeblood of innovation, creativity and entrepreneurship that powers strong economies. Countries flourish when they embrace and harness the entirety of their citizens’ differences and talents, and when they promote inclusion and equality, protect free speech and freedom of the press, and observe the right to peacefully demonstrate, among other core civil rights and liberties.

In Eswatini, there have been calls for political, social, and economic dialogue. We urge all stakeholders to promote, allow, and participate in peaceful and inclusive engagement and dialogue.

I am proud to stand alongside you and I am grateful to have this opportunity to support diversity and inclusion, in all its forms in Eswatini.