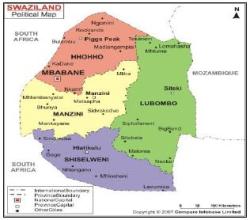 The epidemic presents a gender disparity, with prevalence being higher in women (38%), compared to men (23%). Analysis shows that the HIV epidemic is stabilizing and shifting to older populations. Recent data from the SHIMS (2011) reveals huge prevalence reductions among the 18-24 year age group, comprised of a 54% and 20% reduction among males and females, respectively. Peak prevalence has shifted to older persons: to women aged 30-34 from those aged 25-29 in 2006/7; similarly for men, to those aged 35-39 from 30-34 year olds in 2006/7. HIV prevalence among female sex workers is very high (70%) and lower among men who have sex with other men (17%).

The country faces a dual epidemic of HIV and tuberculosis (TB), where the risk of acquiring TB is between 20 and 37 times greater among people living with HIV. Over 80% of TB patients are also HIV positive and TB is responsible for more than a quarter of deaths among people living with HIV.  There are 1,380 per 100,000 incident TB cases occurring annually in Swaziland (World Health Organisation Global TB report 2012).  Swaziland is making strides in responding to the co-epidemics, with 66% TB/HIV co-infected patients receiving treatment for both in 2012, an improvement from 35% in 2010. There has been remarkable improvements in the TB treatment success rate from 68% in 2009 to 73% in 2012, although still below the WHO target of 85%.

Through implementation of the eNSF, Swaziland aims to achieve the following impact level results:

a) 50% and 90% reduction of new HIV infections among adults and pediatrics, respectively, by 2015.
b) Avert 15% deaths amongst PLHIV and in particular those with TB/HIV co-infection.
c) Alleviate the socio-economic impacts of HIV and AIDS among vulnerable groups.
d) Improve efficiency and effectiveness of the national response.