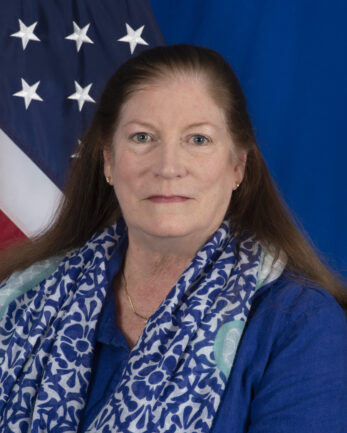 Jeanne Marie Maloney, U.S. Ambassador to the Kingdom of Eswatini

Jeanne M. Maloney, a career member of the Senior Foreign Service, class of Minister-Counselor, was sworn in as U.S. Ambassador to the Kingdom of Eswatini on December 9, 2020.

Ambassador Maloney earned her B.A. degree from the College of William and Mary and her M.B.A. from the University of Tulsa. Her foreign languages include Portuguese, Spanish, and some Arabic.