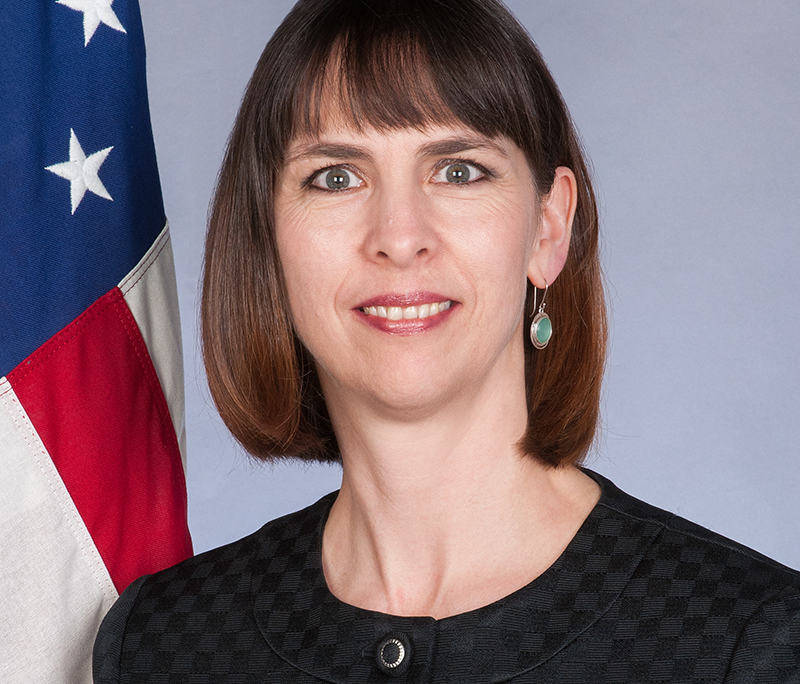 With large gatherings now impossible, the U.S. Embassy has decided to take our annual 4th of July thoughts from a podium in Ezulwini to a newspaper in your home. This would have been my fifth Independence Day celebration in Eswatini. I write feeling the weight of a pending departure, the tension of recent events in the U.S., and the anxiety of extraordinary difficulties imposed by COVID-19.

Since George Floyd’s killing, I have often reflected on my country’s Declaration of Independence: “We hold these truths to be self-evident, that all men are created equal, that they are endowed by their Creator with certain unalienable Rights, that among these are Life, Liberty and the pursuit of Happiness.” For African Americans, “life, liberty and the pursuit of happiness” have been marked more by their absence than by their enjoyment. Over the centuries, lives have been lost through the slavery system, lynchings, and police killings. Systemic inequality has also placed African Americans in a position of particular vulnerability in the face of COVID-19. They are more likely to lose their livelihoods in the current economic downturn, more likely to be employed in jobs that could expose them to the virus, and more likely to die of COVID-19 because of disparities in our health system.

African Americans were denied their liberty even before the United States became a country. With that history, the extraordinary courage of civil rights leaders like Martin Luther King, Rosa Parks, and John Lewis becomes even more remarkable. These leaders peacefully violated unjust laws, knowing that they would forfeit the freedom their ancestors had sought, but investing in dignity and opportunity for generations to follow. Sadly, the phenomenal work of these leaders and a multitude of others has been eroded by laws, policies, and implicit racism that have left African Americans dramatically overrepresented in American prisons and jails.

With life and liberty stacked against you, how is a person supposed to pursue happiness? In the U.S., African Americans have had to strive for justice in order to lay the groundwork for lives that are not overshadowed by racism and structural inequalities. One tool for pursuing justice is a peaceful protest – a tool that was strategically used in ways both large and small during the civil rights movement. Protests in the wake of George Floyd’s killing are already transitioning from spontaneous outlets for raw emotions to events with carefully selected imagery and historical references to best reinforce the desired message and draw in allies.

Many in Eswatini have heard me say that a protest is not a strategy. It is one tactic that needs to be deployed along with others to form a full strategy toward a clear goal. The U.S. civil rights movement had dramatic marches and acts of civil disobedience, but it also used door-to-door canvassing, talking to people, building relationships, and working with people to learn and navigate a voting system stacked against them until the Voting Rights Act was passed.

As time rolls on, some of the people driven to protest in the drama of this moment in the U.S. could gradually fade away as the demands of regular life start to build up. Such a departure

would mean that the difficult and often more mundane work of continuous advocacy and education will fall to the same activists who have been working in this space for years. They are doing fantastic work, but the continuing stark failings of our system speak to the fact that they need a larger cohort and broader base of allies to help effect the full spectrum of needed change.

Given the extent of the systems that have brought the U.S. to this moment, the process of identifying priority goals can be daunting. While Floyd’s killing has drawn immediate attention to police practices, our fabric of racial disparities reaches well beyond law enforcement into educational and economic opportunities. The 1963 March on Washington – site of Martin Luther King’s “I Have a Dream” speech – was identified as a march for jobs and freedom. King and other civil rights leaders clearly recognized that, in addition to achieving political inclusion, people needed the tools for economic inclusion as well.

With economic disparities laid bare this year by COVID-19, it is clear that the U.S. has failed on economic justice. But because economic injustice tends to present slow-burning imagery rather than the spark of a killing on video, it does not usually lead to a protest. In many ways, this slow boil makes it even more important that people commit to sustained engagement on these deeper issues. This bears similarity to the challenges Eswatini faces on land policy. A variety of people – including women’s advocates, religious groups, and traditional and government leaders – have expressed to me the challenges this country faces in ensuring that vulnerable people are not dispossessed of their land. This is not the kind of issue that tends to send people into the streets, but it is clearly something that needs thoughtful and persistent attention through education, lobbying, and strategic litigation – all of which require long-term commitments.

I am mindful that my July 4 message often addresses a Swati issue. I still see a lot of room for improvement in Eswatini, just as there is in my own country. But I also see things that have improved in just my four years here, which speaks to the fact that change can happen. I am especially encouraged by a cadre of thoughtful young leaders who are trying to identify and apply new approaches to the problems they see. As with our situation in the U.S., their success will depend on being able to build the right alliances to achieve progress and ensure sustainability. As I look to my return to the U.S., I am trying to identify concrete ways to ensure that life, liberty, and the pursuit of happiness can truly be enjoyed by all Americans. I hope that emaSwati will similarly find tangible methods to (in the words of your constitution) “promote good governance, the rule of law, respect for (your) institutions and the progressive development of the Swazi society.”