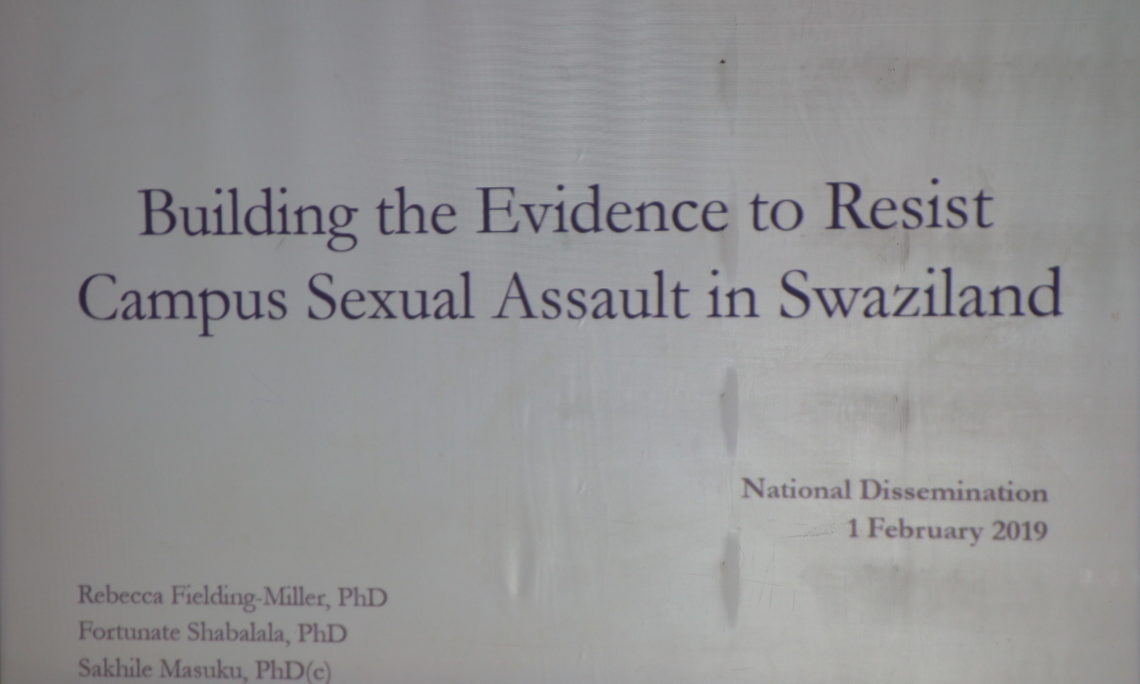 Did you know University campuses are also often the site of gender-based violence?

Last Friday Ambassador Peterson was a keynote speaker during the dissemination of findings of a study on sexual assault at the University of Eswatini designed to understand and, ultimately prevent campus sexual assault in Eswatini. Ambassador Peterson said there is a lot that needs to be done to address the foundation of gender based violence, including attitudes and beliefs about women that make it culturally acceptable to demean them or treat them as less valuable than men or as sexual objects. She said these attitudes are the foundation for inequality and disadvantage.