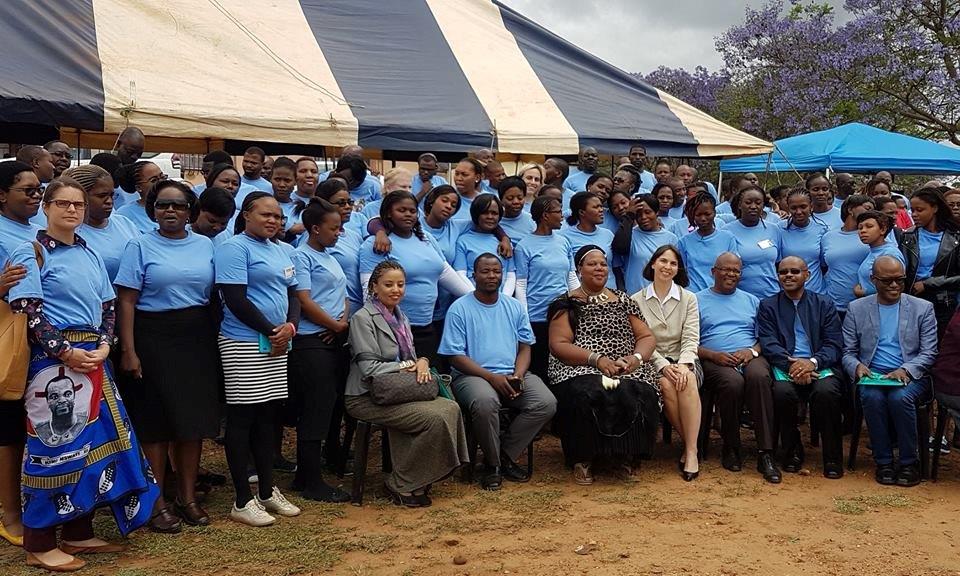 The US Government, through the PEPFAR program, is committed to support the Government of the Kingdom of Swaziland in its fight against the HIV epidemic. In order to make the fight more effective, we need current, quality data to help us understand the epidemic and show us where to focus resources and support. One source that has provided such useful information is the SHIMS 1 survey. SHIMS 1 was the first Swaziland HIV Incidence Measurement Survey (SHIMS). It was conducted in 2011. It was a population based, household level HIV incidence survey, in other words it measure not only existing HIV infections but new HIV infections. – It was the first of its kind in the world. It was supported by PEPFAR/CDC and implemented by the government of the Kingdom of Swaziland and ICAP. Like SHIMS 2, the team went to people’s homes, enrolled those over age 18, the results helped shape HIV services in Swaziland for the past five years.

Not only did SHIMS 1 assist the fight against HIV in Swaziland, it set the standard for HIV surveys in other countries. It is now being implemented in 13 countries, and repeated in Swaziland. SHIMS 2, 2016 (again supported by PEPFAR/CDC and implemented by GoKS and ICAP) aims to measure among children and adults HIV prevalence or long standing infections, incidence or new infections, and viral suppression which means there is no HIV virus in the blood because the antiretroviral medication is working).

The survey is lead by the Government of the Kingdom of Swaziland, through leadership from Ministry of Health and the Central Statistics Office of the Ministry of Economic Planning and Development. The planning process involved all HIV-related stakeholders in the country, and the team continues to rely on stakeholders to give them technical input and feedback. Data are collected by trained Swazi data collectors, and is owned by the Government of Kingdom of Swaziland. Like SHIMS 1, SHIMS 2 will help target interventions to areas with the most need.

PEPFAR and ICAP are supporting the country through the survey in many ways:

To date, the Survey teams are off to a great start. Data collectors have worked hard in Lubombo and Shiselweni, with almost 6000 participants who have voluntarily given blood. Survey teams are excited to move into Manzini and Hhohho to continue gathering this vital information on the health of people throughout Swaziland to build an accurate snapshot of the HIV epidemic in the country

I want to thank the Ministry of Health and the Central Statistics Office of the Ministry of Economic Planning and Development for their leadership and ICAP for it coordination and implementation. Most of all I want to thank all of those in the survey teams for their hard work and dedication. Because of your efforts we will all be in a better position to assure an AIDS-Free Swaziland by 2022.