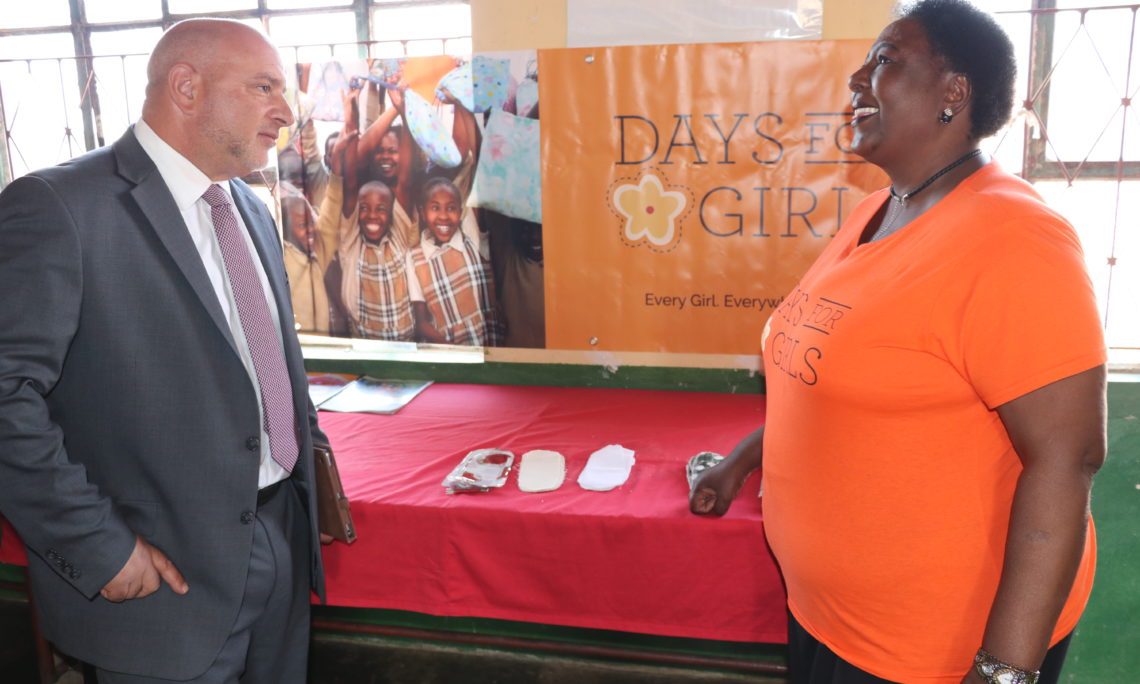 The Ambassador’s Special Self-Help Program strikes again – this time at the Elwandle Roman Catholic Primary School! The U.S. Embassy wholeheartedly supports community development – we know it’s vital to improving living conditions for all in Swaziland. On August 10, Chargé d’Affaires Michael Lombardo attended the commissioning of a Reusable Sanitary Pad Project at Elwandle Roman Catholic Primary School. With funds of more than E126,000, the school purchased sewing machines and materials for making the pads, which aims to help keep girls healthy and at school during their monthly cycle. The project also hopes to reduce the financial burden on families to provide pads every month. Now, those additional funds can go to other necessities, like food or clothing. By teaching parents, caregivers, and students to sew the reusable pads, they will now have a skill that can provide livelihoods for themselves, their families and their communities.

In his remarks, CDA Lombardo stated that across the world, girls are forced to use dirty towels, newspapers, leaves, or worse during their monthly cycle, which is unhealthy. He also noted the stigma surrounding menstrual cycles and humiliating messages aimed at women and girls which not only destroy their dignity but also damage the social fabric of the nation. The ceremony also welcomed Minister of Public Service Owen Nxumalo, Chief Nkamane Ndwandwe, Member of Parliament Mjuluko Dlamini and Manzini Regional Education Officer Mr. Mlimi Mamba.