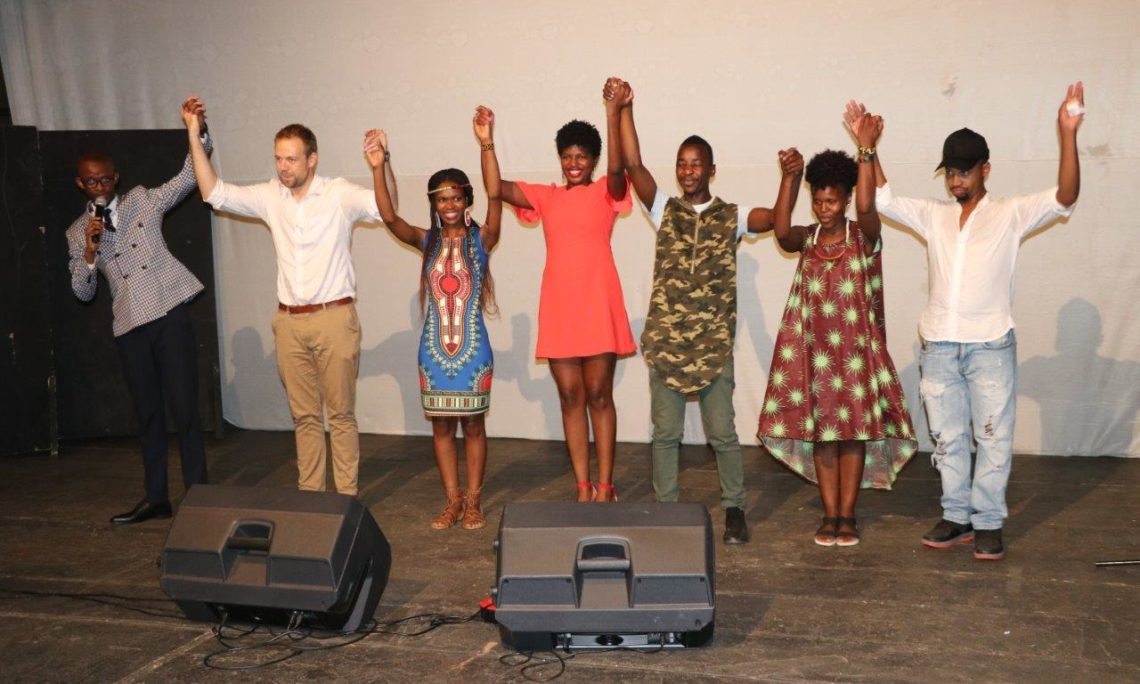 In commemoration of 16 Days of Activism against Gender-based Violence, Members of the public got a chance to see The-Four-Musk-Art-eers in action at the Theatre Club on December 9, where they joined the U.S. Embassy and Kwaka Indvodza, the male mentoring project, in a commemoration of the 16 Days of Activism against Gender-based Violence. The four artists – Sandziso ‘Sands’ Matsebula (singer), Honest Mhlanga (fine arts), Fundzisile Dlamini Zubani fashion designer, and Phila Dlamini (public speaker) and Nontobeko Dlamini ‘Beko the story teller’  all showed their solidarity in the fight against gender violence by collaborating in using various artistic media to raise awareness and generate a dialogue about gender-based violence with unforgettable performances.