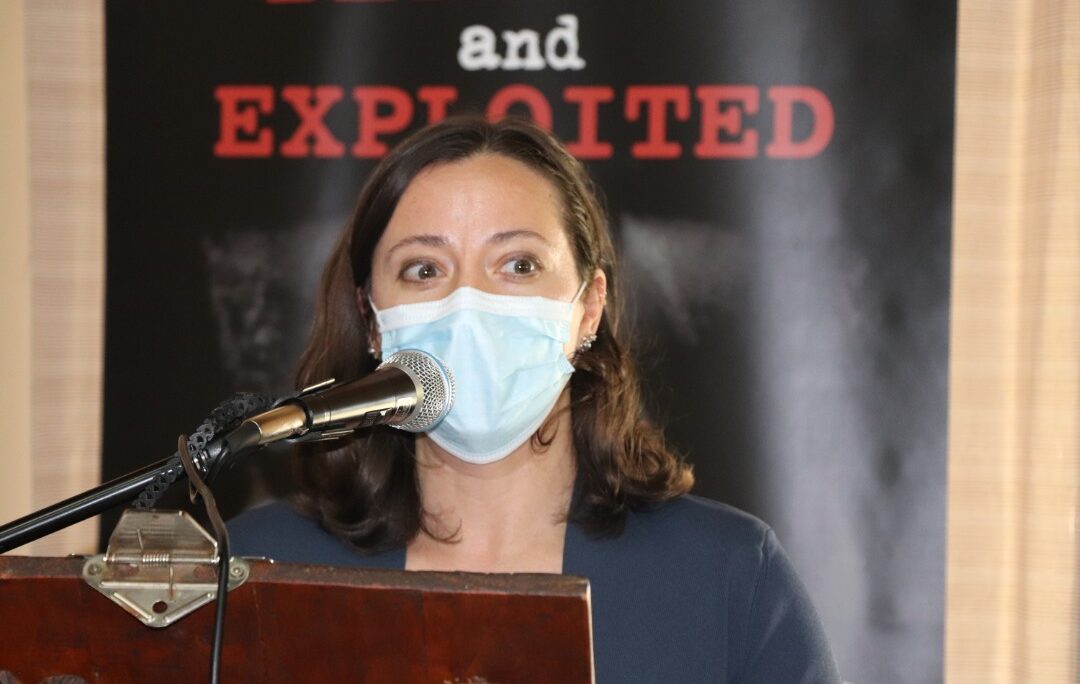 It is my pleasure to be here with you today representing the U.S. Ambassador to Eswatini Jeanne Maloney to launch this refresher training course, and to demonstrate the U.S. commitment to helping Eswatini eliminate trafficking in persons—crimes of exploitation and coercion, also known as “modern day slavery”.

Eswatini must be commended for its progress in moving from tier 3 in previous years to the current tier 2 status, as determined by the U.S. government’s Trafficking in Persons, or TIP, Report. Eswatini has shown commitment and increased efforts to combat trafficking compared to previous years and the U.S. government is encouraged by the work of the TIP Secretariat over the last year to ensure high profile people suspected to be involved in trafficking have been identified, arrested, and are being held accountable according to the justice system.

We are also pleased that the Eswatini government collaborated with partners, both in country and internationally, to establish a new TIP shelter, which serves as a much needed place for victims to find respite, safety, and protection from traffickers.

The U.S. government whole heartedly supports Eswatini’s efforts in fighting human trafficking, and you should strive to keep on improving. Eswatini is on a good path, with momentum and positive direction—this workshop is evidence of that—but now is not the time for complacency. This is not the time to let progress stall on key steps that you have already taken. Indeed, it is the time to seize momentum and take concrete steps to improve the country’s response to trafficking. The U.S. Government encourages the TIP task force and Secretariat to take a closer look at, and use, U.S. recommendations laid out in our TIP report. Those recommendations are guiding tools in addressing trafficking in persons, and they include recommendations that are imminently achievable like:

The U.S. government further encourages coordination between Eswatini and neighboring countries to share information and trends used by the perpetrators of human trafficking. This will improve trafficking data collection and analysis—yet another TIP report recommendation.

I am pleased to say that Eswatini has moved ahead in understanding trafficking issues. I look forward to updates on your vital work to improve guidelines and secure suitable shelter for TIP victims.

As the TIP Task Force and law enforcement officials, you are on the front lines of this fight. You carry the tools, knowledge, and ability to find and hold accountable perpetrators of human trafficking—whether local or international, whether we are dealing with forced labor or sex trafficking.

The U.S. fully understands the depths of the commitment needed to end trafficking, and we are encouraged by steps Eswatini is taking to address this critical problem. I appeal to the ministries and leaders in this room to continue your commitment to ending human trafficking once and for all in Eswatini. This training, which is providing and reinforcing the tools to combat this deeply disturbing phenomenon, is an important step along that road.