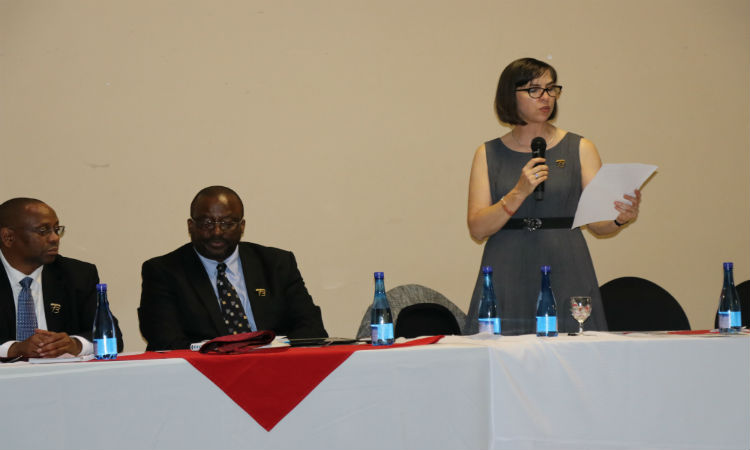 Embassy of the United States of America Mbabane

Mbabane, Swaziland: For World Tuberculosis Day, Swaziland’s Director of Health and the United States Ambassador to Swaziland opened a premier of the film “THE LUCKY SPECIALS.”  The film contains a powerful message about Tuberculosis control.  The film was created by the producers of the widely-acclaimed movie “Inside Story” and is a new feature-length film that follows a guitarist and his friends on their journey to create a new musical sound and propel their small band to the big stage.

The movie will bring audiences face to face with the current social and scientific realities of TB.  The objective of the movie is to provide health workers at all levels with an effective tool to engage communities in TB education, treatment and prevention, and to motivate personal and systemic behavior change to promote TB prevention, screening, testing, and drug adherence.

Funded by the United States Government through a dynamic partnership between the United States Agency for International Development (USAID), its implementing partner, Management Sciences for Health (MSH) and several private companies including, Discovery Learning Alliance and Quizzical Pictures in association with HHMI Tangled Bank Studios, with support from Wellcome Trust, Howard Hughes Medical Institute (HHMI), “The Lucky Specials” is slated to entertain millions with its dynamic storyline, new brand of African music, and a unique look at tuberculosis.

The film premiered in Swaziland as part of the annual commemoration of World TB Day which takes place on March 24th.   The U.S. Ambassador noted at the premier, “The film is designed to underscore the importance of individuals and organizations working to reduce the stigma of TB which often hits adults in the prime of their lives.  The film points out that there is effective, safe, affordable TB treatment available so that people can return to work after a TB diagnosis and continue to lead healthy productive lives.”

“The media, particularly film, has immense power to entertain, to express emotions and to inform individuals in a way that nothing else can,” said Aric Noboa, president of Discovery Learning Alliance and producer of “The Lucky Specials.” “This film has it all: a new genre of music created specifically for the movie, a great story and a powerful message. We are privileged to work with our distinguished partners to bring this story to audiences across southern Africa and around the world.”